This is a long term goal:

The plotters were growing features in a weird way with tons of code duplication and the fact that now some plotters have features which others don't and there is no obvious reason why (for instance: VTK Legendre basis plotter cannot do patchwise mapping of quantities while VTK Cartesian basis plotter can).

The obvious answer to this problem is abstraction. I already started once when introducing a Slicer interface class to allow various kind of slicing operations without having to specify them in the individual plotters. They just pass the parameters given by the specfile.

In a similar way, we need more abstraction for the quantities mapping, for labeling of the written quantities (named instead of Q0...QN), interpolation on different subcell grids, Support of the isTroubled flag or in general bitmasks of patch statusses, etc. The following picture is a sketchy overview: 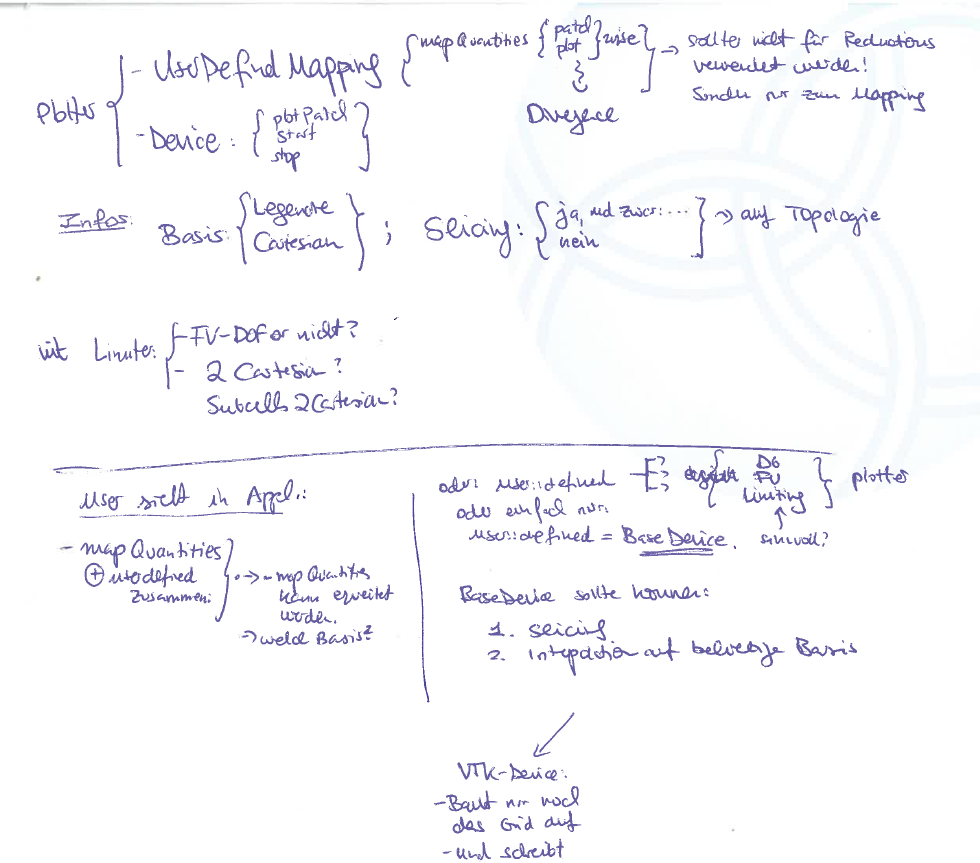 To be honest I made this ticket here only becaue I wanted to throw away that sketch paper. It is at least one year old.